Billie Eilish’s latest album, “Happier Than Ever,” is a pretty low-key affair — acoustic ballads, fluttery, crooned tunes, even a hushed bossa nova number — so it was worth wondering how such material would translate into arenas the 20-year-old pop phenom performs on his Happier Than Ever: The World Tour. But the nearly 20,000 frenzied fans screaming with every word at her triumphant concert at Madison Square Garden on Saturday night proved that, at least when performed live, there is no quiet Billie Eilish song.

In this second of two back-to-back garden shows, Eilish commanded every inch of the stage like a hyperactive court jester. During the most macabre hits of his 2019 album, “When we all fall asleep, where do we go?” seats. Eilish wore her jet black hair in high buns and, to facilitate her near-constant pogo, wore sneakers, bike shorts and a punky oversized graphic tee. The effect was a cross between Harley Quinn, Minnie Mouse and Glenn Danzig.

At the start of the set, she stated the only ground rule of the evening: “Have fun, bitch.” She then expressed her gratitude that the crowd was present and alive, but never directly mentioned the pandemic. For nearly two hours, the arena was an escape where the only hidden dangers were the powerful figures that haunt Eilish’s songs – men she easily disarmed while the crowd chanted every word of the barbed kiss “By therefore, I am” and sat delighted as she strummed “Your Power”.

The set was sparsely ornate — the only other musicians on stage were drummer Andrew Marshall and Eilish’s multi-instrumentalist brother, Finneas — but visually compelling, and digital projections transformed it from a nighttime highway into a landscape. of flaming hell. It’s thanks to Eilish’s charismatic stage presence that she’s rarely needed such augmented realities to make an impact. She danced and launched a narrow catwalk that divided the floor of the area and strutted down the center of the stage, which became an inverted plane that she dropped like a playground slide at the end of the show.

But Eilish’s most impressive feat was how she enlivened and electrified some of the more low-key elements of “Happier Than Ever.” “Goldwing,” one of the album’s sleepiest moments, turned into a kinetic call-and-response number. The understated tracks “I Didn’t Change My Number” and “Lost Cause” became hard-hitting, crowd-pleasing bangers. Even the subtly sultry “Billie Bossa Nova” turned into a libidinous hater, as several fans threw bras onto the stage and Eilish threw one over her shoulder.

The video projections accompanying this song included a series of dancing, faceless, scantily clad bodies – a sexualization in the abstract, rather than centered on the performer herself. In May, Eilish ushered in the “Happier Than Ever” phase with what appeared to be an image transformation, dyeing her hair blonde and posing in a skin-tight corset on the cover of British Vogue. It’s notable, then, that she ditched that aesthetic during the promotional tour for the same album, once again opting for the inky hair and baggy figure that was characteristic of the “Bad Guy” era. allows you to move freely on stage.

Throughout the night, Eilish led the crowd like a swearing-loving yoga instructor. She told us when to sit down, when to put our phones down to fleetingly live in the moment (a recent arena pop concert trope), when to “go crazy.” The staging’s only weak point came when it was lifted via a hydraulic crane towards the back of the arena for a few songs. It may have given some audience members a closer look at her, but it also restricted her movement and proved how integral Eilish’s jumping leaps are to her show’s infectious energy. Some of her older tracks, particularly the 2017 ballad “Idontwannabeyouanymore,” felt awkwardly slotted into the set list, even as they reminded her of how quickly and precociously she honed her talents in just a few short years.

The night ended without an encore on an explosive note, as Eilish wisely saved the shifting title track of “Happier Than Ever” for last. The song is perhaps the most dramatic example in Eilish’s catalog of her interest in playing with volume and dynamics. “Happier Than Ever” begins with a sweet ditty played on the ukulele – made even more dreamlike by the confetti slowly falling from the garden rafters – then turns into a thunderous and cathartic emo-opera.

But an even more piercing moment came during a much quieter song. As Eilish sang the opener to her latest album, “Getting Older,” a montage of home videos documenting her and Finneas’ childhood played on the big screen at the back of the stage. On the second verse, her voice cracked and she burst into tears. “You all just saw me cry, it’s embarrassing,” she said after the song ended. “Seeing me as a baby and seeing Madison Square Garden just made me cry.” But it was far from embarrassing, and indeed an expression of the cunning relationship Eilish has cultivated with her fans: such intimate expressions of emotion are, after all, a big part of what keeps them all busy. these seats.

Previous Entertainment News Roundup: Ten Million Americans Tune In to Watch Olympic Figure Skating Drama; The Oscars will require COVID tests for all, vaccines for most and more

Next Rohit Roy: I was destined to play BR Ambedkar 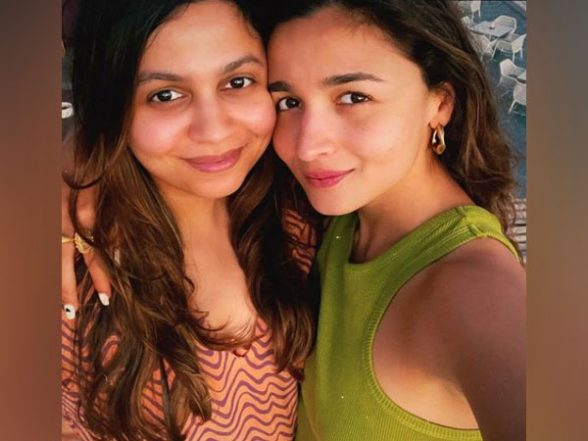 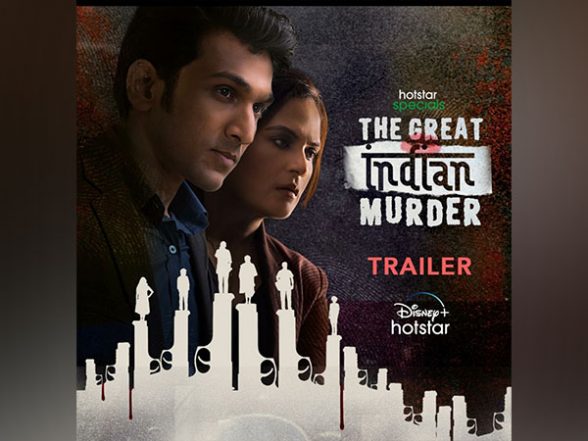