Today it is best known as Gardner’s largest natural body of water and so named because of its purity and clarity. You might not realize it today, looking at the calm waters and pristine surroundings, but Crystal Lake was once a thriving center of entertainment.

For a century, it has supplied Gardner with drinking water, and it is because of this necessity that the recreation area ceased to exist.

In a paper prepared for the Gardner Historical Society by Mrs. Lucy Kendall in 1932, the origin of Crystal Lake was explored, as was the history of the park, which was a hallmark of the recreation area.

Originally known as Wells’ Pond, so named after a Thomas Wells who settled in the area and owned part of the land adjacent to the pond, the name was not official. As recently as 1857, a book of maps referred to the water source as simply Gardner Pond.

In 1872, the Boston, Barre and Gardner Railway came from Worcester through town and across the lake. There is a peninsula that runs through Crystal Lake with what was once known as Little Lake, where the railroad passed through the area. Little Lake eventually became the outdoor pool for the Greenwood Memorial Pool.

More from Mike Richard: This mansion is big, old and beautiful – and it is also said to be very haunted

A year earlier, John Hill of Gardner had purchased several rowboats that could be hired for a leisurely stroll on the lake. Eventually word spread over the beautiful landscape and crystal clear waters, making it a much sought after recreation area.

After the completion of the railroad, railroad managers saw possibilities for a picnic grove on the western shores – in the current vicinity of the 11th hole on the Gardner Municipal Golf Course. Money was allocated to clean up the area, build tables and chairs, and swings were installed. Eventually, a kitchen was built where coffee and chowder were available, and a dance pavilion was built.

Hill, who was then known as “Commodore”, bought more boats until he bragged about having a whole fleet. The new Crystal Lake Grove would become a very popular picnic spot. On certain summer days, trains – with as many as 12 to 13 cars full of people – descended on the grove from as far away as Worcester, while smaller trains came in from Winchendon and Peterborough, NH.

Each year, further improvements would be made to the grounds. In 1875, a large pavilion was built; roofs were put up on tables and a cooler was built and filled for the winter. During the summer season, large tubs of refreshing ice water were installed to satisfy the crowds. A merry-go-round was also a popular attraction for the younger generation.

Eventually, a small steamboat was also purchased, which would have made a successful business on the lake.

The Crystal Lake Hotel was also built on the shores not far from the Heywood Brothers Pumping Station. In June 1880, a suspicious fire seriously damaged one of the building’s wings. Hand tanks from engine companies Torrent, Baw Bees and Cataract provided the assistance.

Looking back: Unveiling of “The Girl Who Ran” in commemoration of a milestone in the history of women’s running

In 1881 Hill sold his interest to Henry Foster who built a house not far from the present-day shores where the Gardner Elks Club is located. In 1895, a streetcar line was built running from Lake Street to the park to carry the crowds that thronged there every afternoon and evening.

An attractive restaurant building was constructed nearby where meals were served daily during the season when the park was open. Additionally, the old merry-go-round was sold and moved to the Dennison Lake Picnic in Winchendon. It was replaced by a new and beautiful steam carousel with eight chariots and 24 galloping horses rotating to the sound of a musical organ.

Several other attractions of the old picnic grove have also been preserved, including the bowling alley, a shooting range, a refreshment bar and a photographic studio. In addition, the blasting and stone removal provided a suitable baseball field and a grandstand with a capacity of 450 seats, allowing the â€œnational gameâ€ – as it was called – to thrive on the field.

Marcus A. Osgood eventually rented the place out, and travel agencies presented popular vaudeville entertainment every afternoon and night in August. The streetcar line was a popular mode of transportation, but many of the less prosperous made the trip to the lodge through lush pasture. They were just standing at the edge of a group of seats where they could glimpse the scene without having to buy a ticket.

Those who preferred to cross the region by boat could enjoy orchestral music as they floated along the calm waters. It would have been a very pleasant way to spend a moonlit evening, and many matches would have been made under ideal romantic conditions.

Beep beep: Natick Drive-In has been a success for over 25 years

In October 1890, the Gardner Boat Club built its lodge north of the present site of the doomed pumping station on the eastern shore of the lake. A nearby cycle path was popular for leisurely walks while there were also bicycle races held during the city’s Independence Day celebrations.

These pleasures would soon come to an end, however, as around 1904 the state took control of Crystal Lake for the city’s water supply and prohibited its use for other purposes. The boats and the steamer were removed from the lake, the boathouse destroyed and the park closed.

In 1919, after the end of the First World War, it was proposed to create a “Victory Drive” as a memorial of the world war. The road would encircle the lake, starting at the north end of Crystal Lake Cemetery, with the ridge providing unobstructed views of the east shore of the lake. The road would meander around the north end past the old picnic grove, allowing access to Clark Street. It would then pass through Heywood Grove on the grounds of the old Heywood Farm, then pass the pumping station to Park Street and Monument Park.

A cycle path connects Park Street to Green Street, and part of the golf course takes advantage of the beauty of vast Crystal Lake, although it can be a water hazard for some golfers.

Few people know Crystal Lake as anything other than the city’s water supply. Yet there was a time when it was one of the most visited entertainment centers in the region.

Comments and suggestions for Then and Now can be sent to Mike Richard at [email protected] or in writing to Mike Richard, 92 Boardley Road, Sandwich, MA 02563. 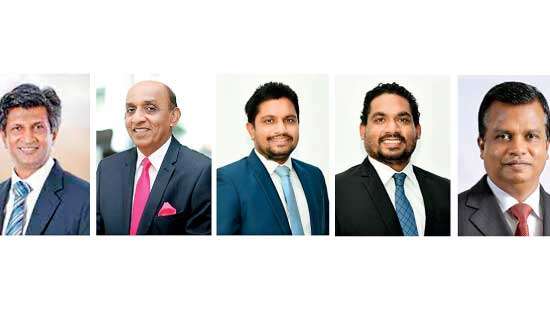