Saudi Arabia’s dive into the entertainment world continues at a steady pace.

Ten days after “Black Panther” ended the country’s 35-year cinema ban, King Salman and Crown Prince Mohammed bin Salman on Saturday inaugurated construction of the new Qiddiya entertainment complex outside of the capital, Riyadh, on a site described as two and a half years old. half the size of Disney World. The resort will offer everything from theme parks to auto racing.

And on Monday, what is billed as the country’s first full-service production facility, Nebras Films, announced it was now operational and hoped to attract international productions.

The groundbreaking ceremony for Qiddiya on Saturday, attended by around 300 dignitaries from around the world, included a recitation of the Quran, a live orchestra, fireworks and an opening speech by Qiddiya CEO Michael Reininger, who called it a watershed moment, according to a press release.

“By creating Qiddiya, we are building a better future,” Reininger said, adding that it was a future “filled with culture, sports, entertainment and the arts that fulfills the Saudi people’s desire for new and accessible activities that enrich their lives. “

Until recently, Saudi Arabia was largely devoid of these activities for religious reasons, but now pursues them as part of the Vision 2030 plan implemented by the Saudi Crown Prince (pictured) to wean the economy off oil and create jobs for young people. Saudis in a more globalized society. Reininger, a former Disney executive, urged investors around the world to take note of the opportunities in the untapped entertainment market in Saudi Arabia, where about two-thirds of the 32 million people are under the age of 35.

Reininger said the entertainment city of Qiddiya 25 miles from Riyadh would be 100 times the size of Central Park in New York City. The goal is to attract 17 million visitors by 2030.

Qiddiya is designed as a gigantic entertainment center with facilities divided into six main components: amusement parks, one of which will be built by the American group Six Flags; sports tracks, car and motorcycle racing areas on desert and asphalt tracks; indoor ski slopes and water parks; natural attractions; and cultural and heritage events. The project includes resorts, hotels, restaurants and residential units.

The groundbreaking ceremony marked the official launch of the first phase of the project’s development, scheduled for completion in 2022, when the plan is to attract 1.5 million visitors per year. Local media said the infrastructure, which is initially funded by the Saudi Public Investment Fund, could cost as much as $ 8 billion.

Meanwhile, Nebras Films’ new production site is looking to attract more international shoots after recently completing its first international co-production “Born a King”, directed by Spaniard Augusti Villaronga. The film is a biopic on the origins of present-day Saudi Arabia, based on the story of 14-year-old Prince Faisal, who in 1919 was sent by his father, the King of Saudi Arabia, to London on a diplomatic mission to ensure the training of his country.

Shot in London and Saudi Arabia, “Born a King” is a Spanish-British co-production on which Oscar-winning Spanish producer Andres Vicente Gomez (“Belle Epoque”) worked in tandem with Celtic Films Entertainment by Stuart Sutherland. 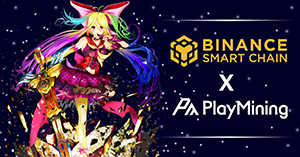